“Let me tell you a secret,” an experienced empowerment self-defense instructor told a new group of students. “I was a little nervous before class started, so I went into the bathroom and stood in front of the mirror like this.” She then demonstrated a few Wonder Woman poses, and explained that she was now feeling strong and ready to go. “Body language matters.”

Yes, it does. It matters at job interviews, it matters on dates, and it definitely matters when you’re in a situation in which you have to defend yourself.

Which is why body language is such a substantial part of any ESD curriculum.

As social scientist Amy Cuddy points out, "When our body language is confident and open, other people respond in kind, unconsciously reinforcing not only their perception of us but also our perception of ourselves.”

She also argues that our body language can affect our hormones.

Whether or not Amy Cuddy’s scientific evidence is 100% accurate, one thing we do know for sure is that power posing makes us feel good. If it didn’t, we wouldn’t get such a kick out of posing like Wonder Woman and Fearless Girl. 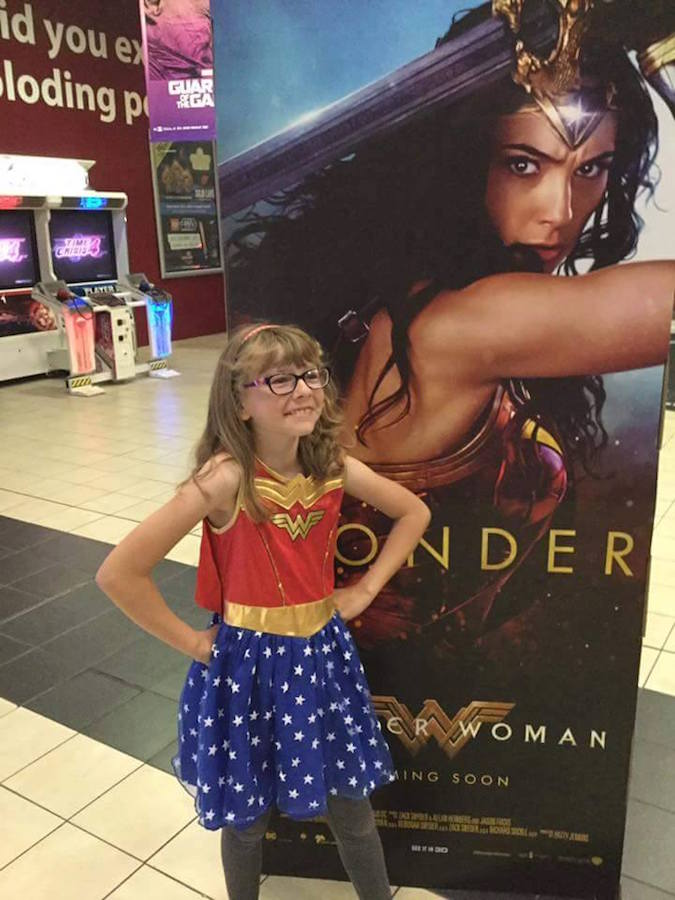 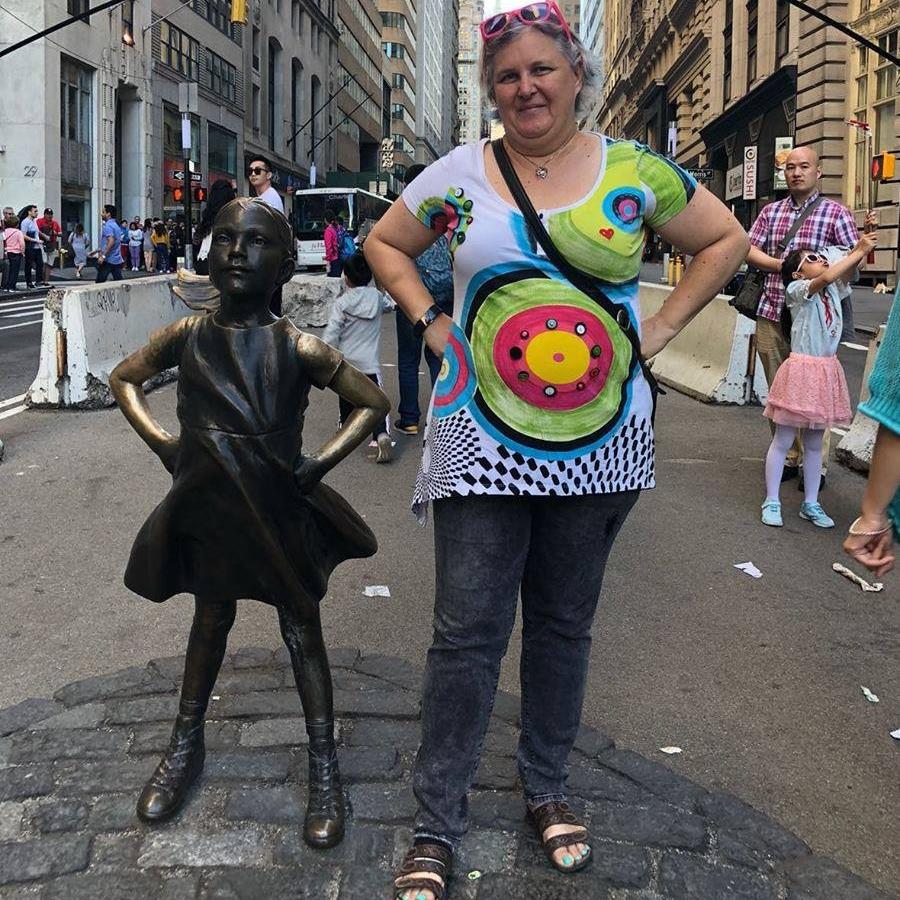 ​There are plenty of gestures, like the American gesture for “perfect” or “okay”👌, that aren’t universal and have different meanings across cultures.

Even smiles or nodding the head can mean different things to different people.

But some gestures and forms of body language, like taking up space by holding our hands up in victory when we’re confident, or making ourselves small and touching our necks when we’re insecure, are instincts we are born with. We all do them, no matter where we’re from, whether we’re seeing or blind.

There’s one particular gesture, beloved by ESD practitioners worldwide, that has the same meaning anywhere, anytime and is never misunderstood. And that’s holding one or both hands out in front of us ✋🏽.

A big part of empowerment self-defense is learning de-escalation skills and preventing violence by stopping verbal and physical confrontations in their tracks.

Which is why ESD instructors spend a lot of time explaining that pointing a finger, making fists, or even crossing our arms can come off as aggression and send a message that we’re ready for a confrontation or fight, even when a fight isn’t what we want.

As an alternative, we teach the “defensive” or “ready” stance, which involves standing up straight (leaning forward can come off as more aggressive than assertive) with one foot slightly behind us, bending our knees, and holding both hands up in front of us.

The reason this stance is less threatening is that it’s a signal that our intention is to protect ourselves and our space, rather than crossing somebody else’s boundaries.

Why The Defensive Stance Works

We’re born with the instinct to put one or both hands up when we’re faced with something we don’t want. Picture a toddler a toddler who doesn’t want another bite of something he / she doesn’t like.

We’re also born with the instinct to react to the “hands up” signal. Think about your automatic reaction when you’re about to cross the street and the red hand flashes.

Many animals have their own form of the gesture, and understand the human gesture.

There are even examples of the gestures in art, dating back centuries (and most likely, millennia).

One of our favorite stories is from a child who put her hands up when a scary looking dog approached her, causing the dog to back off in fear.

In a dangerous situation, we might not feel powerful, but our own body language, just like hearing our own voices, has the power to remind us of our own strength and change our mindset.

A favorite activity among ESD practitioners is the human statue activity, in which they divide their students into three groups.

​​The first group molds a volunteer in an assertive pose.

The second group molds a volunteer into a passive pose.

The third group molds a volunteer into an aggressive pose.

The results are pretty consistent from class to class.

The assertive statue has her shoulders back and her chin raised. Usually, her hands are on her hips.

The passive statue has her head bent and her shoulders up, making herself small.

The aggressive statue is usually leaning forward, and no matter what her hands are doing, it’s clear that the intent is to cross a boundary.

The instructor who prepared for her class by powerposing ended up having a fantastic class, and none of her students would have ever guessed that she’d been nervous. Instead, they responded her to relaxed, confident manner.

As we’ve said before, confidence and belief in your abilities is one of the most effective self-defense tools there is.

If using assertive body language can help you develop confidence and get rid of your doubts, there’s no reason to no embrace it.

And don't be afraid to combine it with your voice.

Like all self-defense skills, practice is crucial. We encourage you to stand in front of a mirror and analyze your expressions and how you move.

We also encourage you to be aware of your body language throughout the day.

Remember. Never be afraid to take up space and stand with pride. You’re deserve it, and it’s your right.

* Do you have any stories or thoughts about the effectiveness of body language? Please share in the comments.

ESD Global in Latin America and the Caribbean: Making Strides

Growing Up in the World of ESD

ESD Global Graduate Raises His Voice Against Violence in Nigeria

ESD Global Leaps from an Exciting Startup to a Global Enterprise